Doctor Roberta "Bertie" O'Brien, was a wererat who, together with her husband Yuki, ran a medical clinic for the poor on Jennifer's Star. She was a member of the group headed by Izzy D'Argent who unsuccessfully tried to overthrow Emperor Vin Dane in 2265 during the Ascension War. Although they briefly succeeded in killing Vin Dane and obtaining from him The Orb, the Caal known as Scyr possessed one of their members, absorbed The Orb, took on the form of Vin Dane, and rules to this day as Emperor in his place. Bertie and the rest of Team Golden Ticket were forced to flee for their lives.

She is named for Robert C. O'Brien, the author of Mrs. Frisby and the rats of NIMH. Her Actor Avatar is Penelope Wilton. 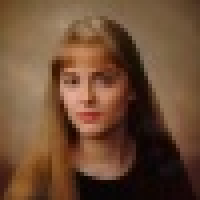