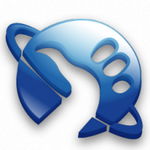 aka Martin The Mess

Revision as of 18:40, September 15, 2013 by Martin The Mess (Talk | contribs)
(diff) ← Older revision | Latest revision (diff) | Newer revision → (diff)
|
20
User talk:Martin The Mess
Martin Hohner has been playing Tech Infantry since the very first season way back in 1997. He played a major role in codifying the technobabble of this universe, especially when it came to how starships and space combat work, culminating in creating an epic website listing every ship and ship class in Earth Fleet as of Season 4.3.

As you may have noticed, I am far and away the most prolific contributor to this wiki.  I try to do SOMETHING to help build the wiki every day.  If you want to help, try the Community Portal, which has helpful links such as Orphaned Pages (pages not referenced or linked elsewhere on the wiki) and Wanted Pages (pages linked to that don't exist yet and need to be written).

Retrieved from "https://techinfantry.fandom.com/wiki/User:Martin_The_Mess?oldid=8900"
Community content is available under CC-BY-SA unless otherwise noted.